In Burgundy, two hours from Paris, a cottage set between woods and meadows - ref 170251

In Burgundy, two hours from Paris, a cottage set between woods and meadows.
This property stands in a little market town with shops in the French department of Nièvre, near to Saint-Amand-en-Puisaye, renowned for its famous pottery and potters since the 14th century as well as its Renaissance style chateau, much-visited in the summertime. The region abounds in gothic style religious edifices. In the little market town, gothic and Renaissance styles are merged in the porch and tympanum of a rectangular church, dating from the 16th century. Said church is classified as a French Historic Monument. Cosne-sur-Loire SNCF train station, just a few minutes from the village, has 1-hour links to Paris-Bercy.
French bocage countryside, covered with lush meadows where cattle graze, stands out on the hillsides.
A little caretakers cottage appears on one side of the driveway, before the main house, enclosed by wooden fencing, comes into view. A stone paved area borders the house. Stretches of very green grass, bushes and various species of trees surround the property, delimited by wooden fencing that blends harmoniously in with the landscape. This undulating setting features a swimming pool, surrounded by stone decking, with a tennis court a little further away on higher ground. Just a few metres away, another house rises up out of the vegetation and it is possible to glimpse a stable as well as horse loose boxes.

The main houseThe facade features numerous small-paned, double openings, fitted with solid wood shutters. The sills and the quoins are made of stone. This house spans two levels, one of which is under the rafters, topped with a gable roof, covered with traditional Burgundy tiles. The attic space is illuminated via roof formers. Some features, such as certain openings or plain rustic doors, bring the original building to mind. The profile and contour of the rear of the house features an originality in the form of a projection with a gable roof, revealing its elegant roofing framework and acting as a shelter.
Ground floor
The entrance hall opens into several through rooms. The dining room, combining regional stone and brick, is enhanced by a stone fireplace, fitted with a closed-hearth fire. Its floor is covered with honey-coloured sandstone tiles and its ceiling beams are exposed. An open-plan, fully fitted kitchen, facing the dining room, has a light-coloured wooden bar and a kitchen range. It is illuminated by a door, amongst other things, that leads to a terrace where it is possible to take meals, looking out over the swimming pool during clement weather. It is followed by a lounge, with a cathedral ceiling featuring exposed beams, and an open-hearth, stone fireplace. A mezzanine with baluster railings emphasises the height of the room. Two steps at the other end to the lounge, on the dining room side, provide access to an area comprising a mezzanine housing a bright and spacious bedroom. This area forms a little, self-contained flat, with a ceiling identical to that in the lounge.
First floor
Upstairs, a mezzanine features a brick-framed hall area, leading to three bedrooms, decorated in different colours. They all have a view over the parklands. At the end of the corridor is a shower room with a toilet There is parquet flooring throughout this harmonious and functional level.The outbuildingsOne of the outbuildings is partially composed of a stable and horse loose boxes, still engraved with the name 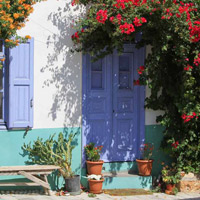 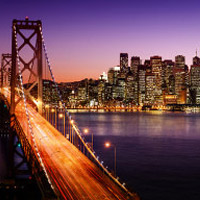 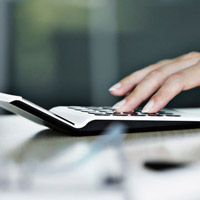 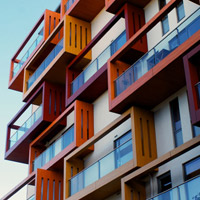 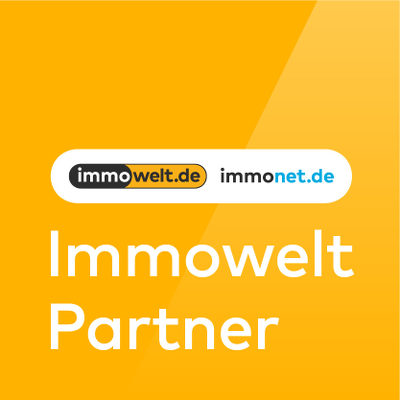